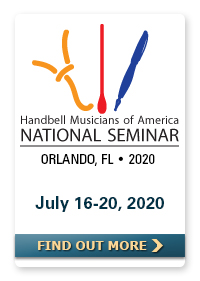 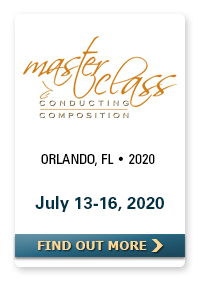 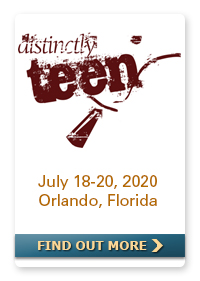 Join us in Orlando, Florida, for National Seminar, Master Class, and Distinctly Teen 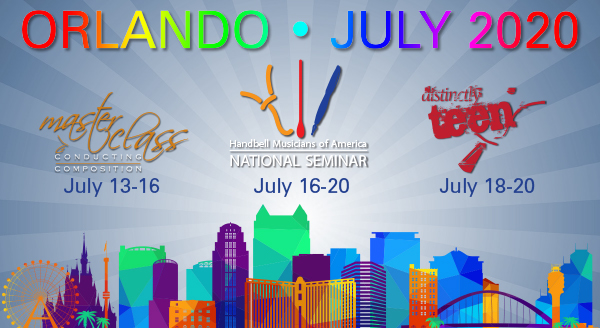 Our summer events offer something for ALL handbell musicians. Participate in educational and engaging classes; enjoy performances by some of our best choirs and ensembles; browse and shop through exhibit booths from handbell publishers, retailers, manufacturers, and more; meet and network with fellow handbell musicians; and develop life-long friendships with those that share your enthusiasm and passion for our art.

The Voting Period for HMA’s National Election is Open Now

Learn about the candidates and vote now to make your voices heard and be part of HMA’s direction in the future.

The national election will take place February 15 – March 15, 2020, to determine the three who will join ongoing board members Jill Fedon (who becomes president on October 1), Bill Mathis, Linda Minnotte, and Kyle Webber. You will also be voting on updates to the National Bylaws.

Please visit the National Election pages on our website, where you will find the slate of candidates for your national board as well as instructions on the voting procedure. Please take time to read these pages so that you are able to make an informed decision on who will determine the vision and goals for your organization in the coming years.

Included on the ballot this year is an update to Handbell Musicians of America’s national bylaws. While most of the edits are not substantive, this election cycle creates an opportunity for the board to go forward with several proposals we have been discussing over the past year.

Thanks to the generosity of our donors, there are a number of scholarships available for both National Seminar and Distinctly Teen. Some of them even cover travel and lodging expenses. In addition to scholarships offered by national, many of our Areas also offer various scholarships.

Distinctly Bronze and Reaching for Bronze Concert to be Live Streamed

This year’s Distinctly Bronze East and Reaching for Bronze final concert will come to you live from New Bern, North Carolina, via our YouTube channel. 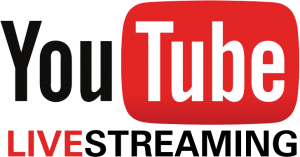 This year’s DB East, featuring many of the finest handbell musicians from around the country and beyond, is conducted by Stephanie Rhoades. Reaching for Bronze, an event for musicians aspiring to perform at the bronze level, is conducted by Monica McGowan.

Timbré Ensemble presents “She Dreams the Stars” June 28, 2018 at the Area 8 Festival “Bring It! Ring It!”, Omaha, Nebraska.  This selection, “Light of Peace,” is from Act III: The Journey. “She Dreams the Stars” features music and poetry by women and uses live and electronic music with dance to tell the story of a young woman on an incredible journey of discovery. “Light of Peace” was composed by Veronica Bigham & Derek Hakes. Dance choreographed by Elizabeth Mays. Timbré is a professional lyrical percussion ensemble, featuring handbells, auxiliary & keyboard percussion, flute, and dance. 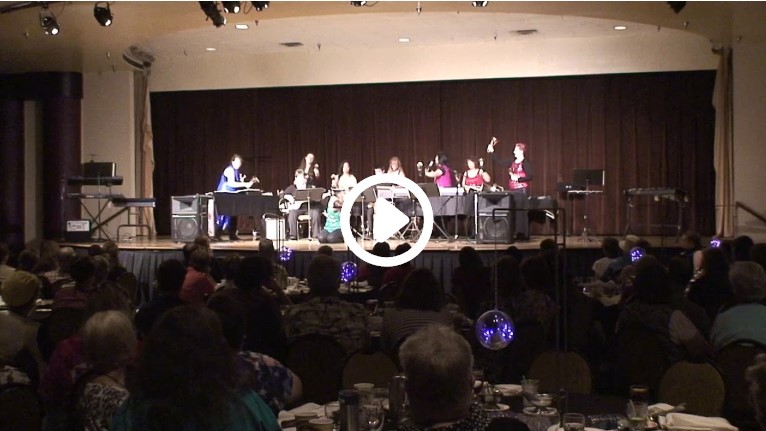 This bold setting of Ein’ Feste Burg is big and full. It is most appropriate for Reformation Sunday. However, this arrangement is also a fantastic choice for any regal celebration, including handbell/music ministry dedications; commencement services or any ceremonies of celebration requiring regal music. Both bell parts stand alone, but if you have the resources to add the brass (or organ) and percussion, you won’t be disappointed if you include them all! You can explore and purchase Doug’s arrangement here from Lorenz: Ein’ Feste Burg AG 3075

“This was commissioned by June Beck, National AGEHR Treasurer, Bell Director of Grace United Methodist Church, Kokomo, IN and a dear friend, for her 10th annual Kokomo Handbell Festival. She requested that there would be a fairly simple part for 3 octaves and a more substantial part for 4-5 octaves with Organ, Brass, and Timpani. Each part was to be able to ring by itself or with any of the options (the other bell part, brass, organ, and/or timpani, as a stand along arrangement. I have since added a SATB choral score to work with the 4-5 octave version, requested by Dr. Edith Copley of Northern Arizona State University. The Choral Score (SSAATTBB) was written with permission from AGEHR and will work with the 3 octave and 4-5 octave score. I wrote this incorporating three verses and the music reflects the text (verses 1,2 and 4 in most hymnals), so each verse is different.”

NOTE: Doug’s choral score is unpublished. Contact Doug Benton if interested in obtaining a perusal copy and for purchase details.

Form of the Work

As Doug mentioned, this setting is in three verses. The arrangement opens with a 9 measure fanfare in C major. The two handbell parts are quite similar throughout the first verse, with the 4-5 octave version being a bit more full as would be expected. The brass/organ drop out for the second part of the first stanza giving the bells a chance to shine on their own. Following a brief interlude with all instruments, the auxiliary parts drop out as the second verse begins, with the two bell parts providing different complementary functions. All instruments are back in for a brief interlude which modulates to D major. Once again, the bells get a part to themselves towards the end of the third stanza, prior to all parts rejoining and moving towards a powerful ending. The brass writing is well within the average player’s ability in regards to range and level of difficulty.

The roots of the Lutherans, Presbyterians, Anglicans, and Baptists were all nourished in the soil of the Protestant Reformation. Martin Luther, Huldrich Zwingli and John Calvin were perhaps the biggest agents of change. “A Mighty Fortress Is Our God,” adapted from Psalm 46, is perhaps Martin Luther’s most famous hymn and is often called the ‘battle cry of the reformation.’ Luther composed both the words and music. The popularity of this hymn has held through many generations and is still prominent today. Many great composers have borrowed or adapted Luther’s tune, including J.S. Bach (Cantatas 302 and 303 and his Christmas Oratorio) and Buxtehude. Pachelbel and Reger wrote organ settings, while Wagner and Meyerbeer both quoted and elaborated on the melody. This is just the beginning. Many other well-known composers have and continue to set this sturdy text and tune for new generations.

“The body they may kill, God’s truth abideth still, His kingdom is forever”

Doug Benton has several other great titles published with AGEHR. Check these out when you get a chance:

HANDBELL HAPPY HOUR is a chance to get together virtually for casual chat with your handbell friends. 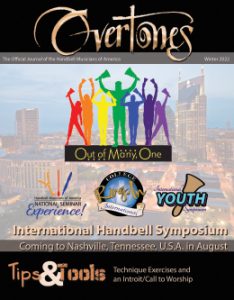 The Winter 2022 issue of Overtones is now online.