Call for Submissions for National Seminar 2019 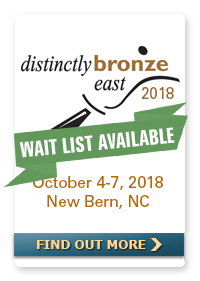 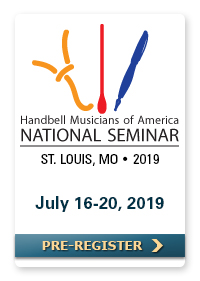 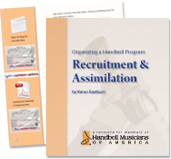 Call for Submissions for National Seminar 2019

The National Seminar planning committee is seeking submissions from those interested in sharing their talents and expertise at our annual event. The event is scheduled for July 16-20 at the Hyatt Regency at the Arch in St. Louis, Missouri. 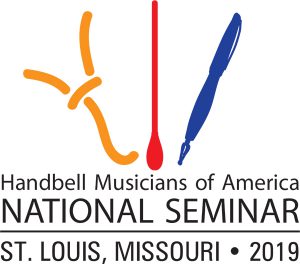 Pre-register for National Seminar 2019 by October 1 with a $125 deposit and secure a registration fee of $350.

Meet us in St. Louis at the Hyatt Regency St. Louis at the Arch, July 16-20 and enjoy informative classes, inspiring performances, professional networking opportunities, eclectic and varied Handbell Industry Council Exhibits, and much more at this event for handbell musicians of all levels.  National Seminar offers something for everyone and is a must for ringers, directors, educators, church musicians, community ensembles, composers, and industry representatives.

Mark January 6-8, 2019, in your calendars for our College Ring-In, an event for college students and recent alumni.  The event will take place in Bloomington, Minnesota (near Minneapolis), featuring three days of ringing under the direction of Carolynne Mathis and culminating in a public concert on the final evening.  Participants will be given their own individual ringing assignment to prepare in advance and the join other attendees to rehearse and polish the music for the final concert. 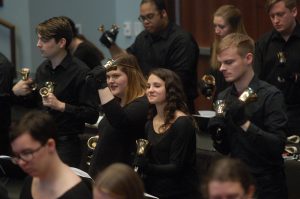 The event also includes a reading session of unpublished compositions and arrangements submitted by participants.  We’ll have publishers and editors from the handbell industry on hand to provide advice and guidance regarding copyright permissions and the publication process.

Watch future E-Notes and our website for registration information.

We are challenging you, no matter what your ensemble’s ringing level, novice to advanced, to rehearse a Level 2 or below piece of music and make it sound like a Level 5. Give the piece as much musicality as you can through technique, style, tempo, rhythm, etc.

Throughout the month of November, post a video of your finished piece to YouTube and send us a link to it. This will give choirs who take the summer off  a couple of months to rehearse. We will feature the videos in a special section of the website and invite others to comment on them. Send your link to [email protected]. Include with your submission any notes you’d like to share about what you did to refine the musicality of the piece and steps you may have taken to achieve it.

Please note: If you use a piece of music that is not published by AGEHR Publishing, then you will need to secure permission from the publisher to post it to YouTube and HandbellMusicians.org.

Our video selection this month is “Come Thou Fount” arr. by CJ Caminiti and performed by CHIME Ensemble of The RingNYC, a community of handbell musicians living in NYC that is in partnership with and hosted by Calvary Baptist Church. 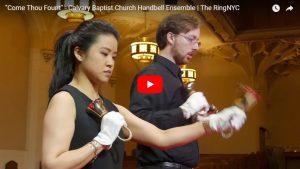 CHIME is a small ensemble that rings in the summer season. They perform at Calvary’s worship services as well as do recording work with the Calvary’s Visual Arts Ministry. Ringers who participate in CHIME have knowledge and experience covering a wider range of notes and techniques as well as excellent reading skills. In addition to performing, CHIME workshops both new and current
compositions.

Be Afraid… Be VERY Afraid!!!

The new handbell choir season is starting soon and AGEHR Publishing has a unique piece for your fall consideration. The question is what piece would you choose if you wanted to do a fun and scary Halloween concert? Well, Scott Pfitzinger has written the perfect piece for you and your audience, entitled “Haunted House,” AG36062 for 3-6 octaves of handbells and 3-5 octaves of opt. handchimes, Level 2+.

I asked Scott what inspired him to write this piece and he said, “I wanted to write a new piece that was appropriate for a Halloween concert. There aren’t very many pieces that fit, so we usually hear pieces like “Danse Macabre,” “Night on Bald Mountain,” or “Phantom of the Opera.” As fun as those pieces are, I wanted an original piece that would be specifically for Halloween concerts.” And we at AGEHR think he has done it.

Scott places us in a “Haunted House” and walks us through it, one room at a time. He says, ‘I like the ‘walking theme’ that ties all the rooms together. Each section of the piece is written and labeled for the room you are in as you walk through the “Haunted House.” The ballroom part is fun. And probably my favorite element is the creativity that directors and ringers can show in customizing the sound effects and visual effects to make the performance their own.”

Scott says that “The Great River Ringers of La Crosse, Wisconsin, performed AG36062, “Haunted House” at a Halloween concert last year with the local branch of the American Guild of Organists. The director put together a slide show so each room had a visual depiction that the audience could see as they listened to the tour of the “Haunted House.” I thought it went very well and the audience thoroughly enjoyed it!” What a wonderful, creative idea for reaching out to a new audience! Organists have their Bach, Toccata in D Minor, now handbell musicians have “Haunted House,” AG36062 to thrill and surprise. 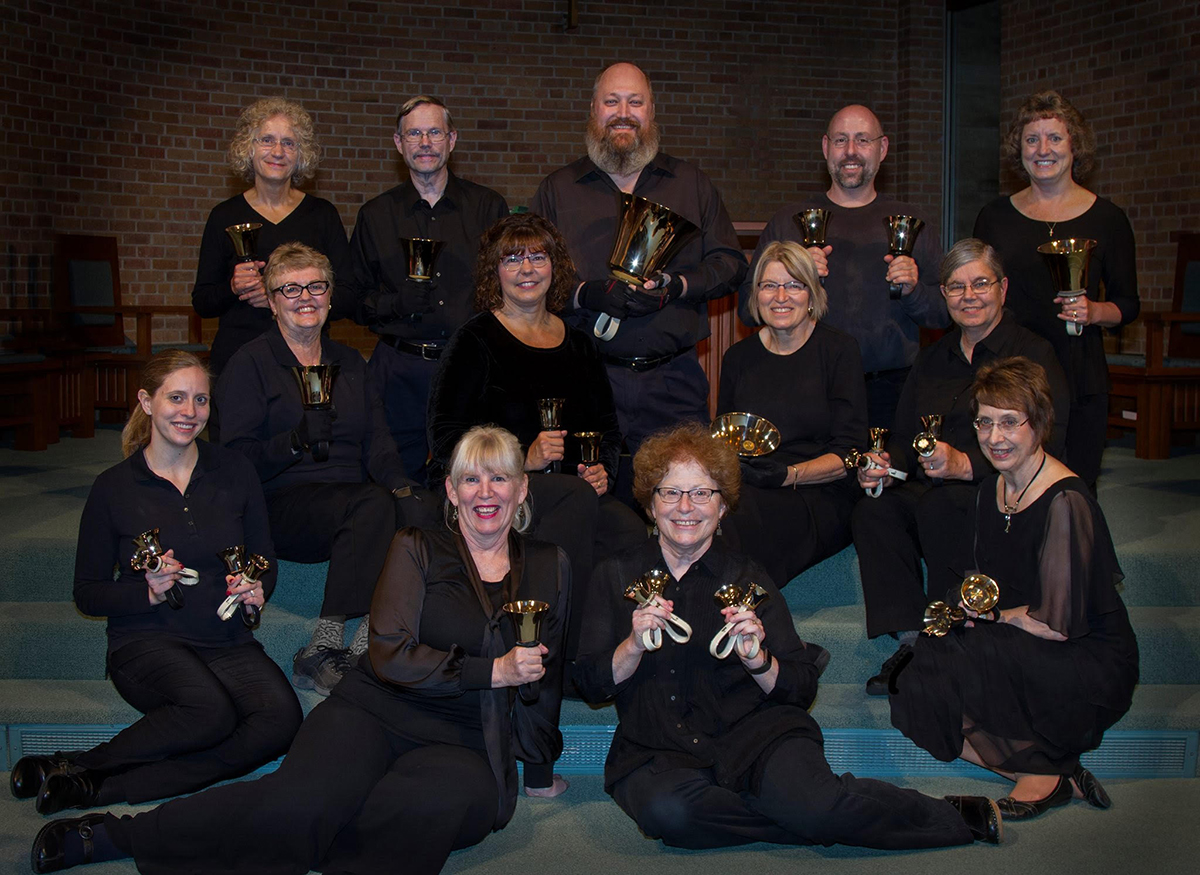 If you don’t know Scott Pfitzinger, he says “I lived around the Midwest since I was in college, and in La Crosse, Wisconsin for a year now, where I am a librarian at the University of Wisconsin – La Crosse. I have a bachelor’s and master’s degree in music composition, which were earned exactly 20 years apart. I got started with handbells in 1990 and have been a bass ringer and composer-in-residence for Embellish, Circle City Ringers, and now Great River Ringers, as well as being involved in several local church groups as ringer or director over the years.” 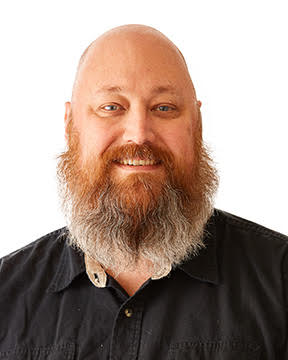 The “dirt” on Scott is that he is married with three boys, one of whom is also married with three children of his own now. Last year he had his first book published, called Composer Genealogies: A Compendium of Composers, Their Teachers, and Their Students, which lists over 17,000 composers along with their teachers and notable students. In his free time, besides composing for bells, voices, and other instruments, he is active in the Society for Creative Anachronism, (SCA), a worldwide non-profit group that re-creates and teaches the best parts of the Middle Ages. Among my interests and activities in the SCA are heraldry, leatherworking, weaving, music, axe throwing, and medieval/Renaissance dance.

Now don’t be afraid… you can do it. You and your bell choir can have a terrific time playing AG36062, Scott Pfitzinger’s “Haunted House,” Level 2+. Follow the link below to have a look and listen. But I’d warn you.… keep the lights on!

Have fun!
Until next month,
Happy Ringing!