The Handbell Musicians of America Board of Directors operates under John Carver’s Policy Governance© model and consists of a president, president-elect, and five at-large members.  Each member serves the board for a total of six years.  Elections occur every three years so that member terms are rotated. 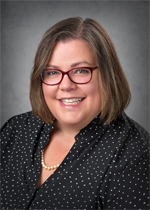 Jill Fedon began ringing handbells in 1985 in Hackettstown, New Jersey. She received her B.S. in Music Education from Indiana University of Pennsylvania and her Master of Church Music from Concordia University Wisconsin. Jill is director of handbells at Trinity United Methodist Church in Hackettstown, New Jersey, the very church where she first learned to ring handbells. She conducts four handbell choirs, two adult and two youth. Recently, her high school choir the Trinity Ringers, performed at Carnegie Hall and Walt Disney World. Jill teaches Early Childhood Music and Lower School Computers at Gill St. Bernard’s School in Gladstone, New Jersey, where she is also the Related Arts Team Leader. Jill served as Chair of Area 2 from 2015 – 2017 and is a published handbell composer and arranger.  She lives in northwest New Jersey with her husband, Ryan and son, Ben wholoves ringing in mom’s youth handbell choir. 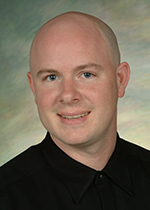 For nearly thirty years, Greig Ashurst has developed an impressive career in many facets of music, technology, and educational philosophy across America. A native of Lafayette, Louisiana, he has served as a music educator in public and private schools and universities in Louisiana, North Carolina, and Texas. Currently, Mr. Ashurst is Instrumental Music Director and Technology Director at Cathedral-Carmel School where he was selected as the 2016-2017 “Teacher of the Year”, an honor for which he was selected twice previously in Louisiana and North Carolina.

Greig also serves as Youth Music and Instrumental Director and staff arranger at Asbury UMC of Lafayette, Louisiana. Mr. Ashurst maintains a very industrious schedule as a guest conductor/clinician, performer, and consultant throughout the United States in music and technology. 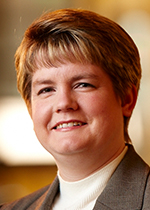 Tracey Bowers started ringing bells over 30 years ago in grade school. She continued ringing throughout high school and college joining the Alleluia Ringers at Concordia University Wisconsin under the direction of Dr. John Behnke. After taking a master class in handbell conducting, Tracey directed a local church handbell choir for a number of years. While gaining the experience of conducting, she prefers to be behind the table ringing the bells and making music.

Tracey has been able to continue ringing as a founding member of the Milwaukee Handbell Ensemble (MHE). As part of MHE, Tracey has rung for many years with the Milwaukee Symphony Orchestra for their Holiday Pops concerts. Her handbell ringing has taken her across the US and around the world to five other countries. While ringing with MHE, she rang in the closing concerts for the Area 7 conference in Sioux Falls, South Dakota, in 2016 and the HMA National Conference in Grand Rapids in 2018. Tracey is an accounting manager at a private company in Milwaukee, Wisconsin. She also enjoys planning events such as festivals and workshops. 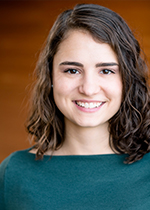 Gillian Erlenborn has been serving as the handbell choir and children’s choir director at Middlebush Reformed Church in Middlebush, New Jersey, since 2013. She is also the Choral Director and Musical Theatre Teacher at Frelinghuysen Middle School, in Morristown, New Jersey, teaching over three hundred students from diverse social and economic demographics. Gillian graduated from Westminster Choir College in 2018 with both a Bachelor of Music in Music Education and a Master of Arts in Teaching.

Gillian began ringing under the direction of Shelley Giaier when she was in the third grade and has not put her bells down since. In high school, she rang with and was assistant director for Impulse Handbell Ensemble. Upon entering Westminster Choir College, Gillian rang in and became the graduate assistant of the Westminster Concert Handbell Choir under the direction of Kathy Ebling Shaw. She has enjoyed participating and volunteering in various national and area events, including serving as the event chair for the annual College Ring-In. Gillian’s energy and unique perspective of the world of handbells makes her a strong candidate for a role on the national board. 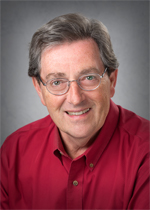 Bill is an active conductor and clinician in both the choral and handbell fields. He is the founder and music director of the Twin Cities ensemble Bells of the Lakes, Artistic Director of Hennepin Chime and Chorus Polaris, and co-conductor of StreetSong MN.

Bill has served the Handbell Musicians of America in several capacities, generally involving music or teaching, and as an Area and national officer. As a festival conductor and workshop clinician, he leads local, Area, and national HMA events, giving special emphasis to teaching rehearsal technique, musicianship, and bells in worship.

His compositions are found in the catalogs of 15 publishers, including the Choristers Guild resource After the Prelude. 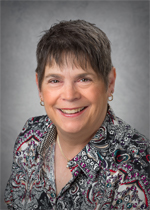 Linda Minnotte lives in Pittsburgh, Pennsylvania, where she began ringing in high school. In 1985, she founded and directed the first adult handbell team, Chapel Bells, at Mt. Lebanon UMC. A work situation forced her to stop directing but she was able to embrace ringing again. She has been privileged to attend Distinctly Bronze since 2005, the 2008 International Symposium, numerous National Seminars, Pinnacle, Area 2 events, Master Classes with William Payn and David Harris, and a member of several All Star Choirs. She is a founding member and board president of Three Rivers Ringers. Linda also rings in two handbell ensembles at Mt. Lebanon UMC where she sings in the choir and is lay leader.

She worked for 25 years as a music and recreation therapist(retired) and is the owner of LDM Embroidery (HIC member). Her business currently provides the custom embroidery for Distinctly Bronze and Handbell Musicians of America. Currently, she is employed full time in a family-owned hardware store where she has seven jobs.

She has been married to Rick for 40 years and has one daughter, Kim, who lives with her husband in Norman, Oklahoma, where she teaches 1st grade. 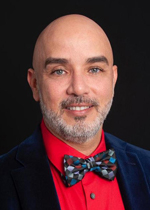 Regarded as one of Puerto Rico’s foremost handbell masters, Carlos has had a fruitful career of more than thirty years as director of various handbell programs in Puerto Rico, Venezuela, Dominican Republic, Guatemala, and Colombia. Carlos received a Bachelor of Arts with a major in education and music from the University of Puerto Rico. He later received his master’s degree in music education with an emphasis on choral music at Florida State University’s College of Music in Tallahassee, Florida.

He is an active handbell clinician and has inspired many people to become involved in handbell ringing and musicianship. He describes himself as a handbell missionary, in his belief that “there are so many people who have not been able to be in contact with this wonderful instrument; once they do, they’ll fall in love with it”. Carlos is a founding member of the Puerto Rican Handbell Festival. This festival, held over 17 years, became the most important handbell education event in Puerto Rico and led to the formation of many choirs.  Carlos also co-founded the group Vivace, which he conducted and nurtured for nearly 15 years. In recent years he has been working with Resonare, the handbell ensemble of the University of Puerto Rico in Arecibo, where also has prepared two academic courses in handbell methodology and performance. In 2018 Carlos and Resonare toured the Southeast and presented concerts in Atlanta and Charlotte.

Carlos is founder and creator of the handbell movement in Venezuela and founder of the handbell movement for the elderly in Puerto Rico. He is a published arranger of handbell music, including his book Serenata Infantil, a collection of handbell settings of Puerto Rican children’s songs. Carlos serves as the Associate Director of Charlotte Bronze Handbell Ensemble. Carlos currently works as music professor and choral conductor at the University of Puerto Rico in Carolina.