Goal:  A new membership structure allowing members to access benefits specific to their needs and their handbell focus whether it be with faith-based organizations, community/professional groups, or in music education

Status: Initial Resources Released – Adding more as they are available

To assist with the implementation of this final phase of the New Initiatives, executive director, Jennifer Cauhorn, appointed six individuals to a special advisory committee.  Dubbed the New Initiatives Membership Task Force, these six helped identify and define the needs of members in the three focus areas and then solicit and assist in the development of resources and benefits to address these needs.

We thank past members, Kathy Ebling Shaw, Carolynne Mathis, and Tim Waugh, for their contributions to our efforts.

To date, the Task Force has accomplished much.  They are currently overseeing the development of nearly twenty new resources for members of Handbell Musicians of America covering all three focus areas.  Some of the topics covered are special needs populations, motivating your choir, programming, ringer handbooks, audition procedures, pastoral care of members, score study for ringers, organizing a successful faith-based program, developing youth programs, everything you need to know about equipment for your group, handbells in contemporary worship, as well as many others.  But we still need more.

How You Can Get Involved

While we have at least one submission for most of the items on our lists, the Task Force prefers to present multiple resources for each topic.  Following is a list of topics for which the Task Force is stilling seeking proposals:

In addition, the Task Force would like to see resources presented in a variety of formats:

To submit a proposal for one of the topics above, or if you have an idea for something not mentioned, please see the instructions for submission here. 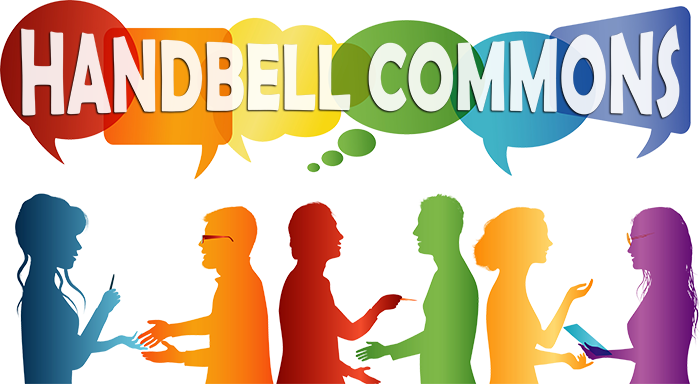 National Seminar 2021 in Glendale, Arizona, offers both BUSINESS MEMBERS and INDIVIDUAL MEMBERS opportunities to exhibit in the new Handbell Commons area. The traditional vendor booths for business members will be present accompanied by our Community Plaza with exhibit tables for ensembles, HMA areas, crafters, and more.