What is Reaching for Bronze?

Reaching for Bronze is a new event for the intermediate handbell musician who aspires to become a bronze-level ringer. 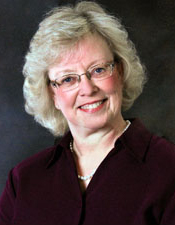 Monica S. McGowan took her music education background – Bachelor of Science, Music Education, Chadron State College, Chadron, Nebraska – and found her life’s passion in handbells. She has taught and conducted handbell choirs and students in churches, schools and community groups throughout the United States, Canada, United Kingdom, Australia, Puerto Rico and Hong Kong. Monica conducted the All Star Choir at the 2017 Handbell Musicians of America National Seminar in Anaheim, California and was Festival Conductor and Adjudicator for the 14th Hong Kong Handbell Festival in 2019.

Monica has served as Director of Handbells in Methodist, Lutheran and Episcopal churches from Minnesota to Louisiana. She is the Handbell Coordinator for the International Music Camp Summer School of Fine Arts held at the International Peace Gardens. She is handbell adjudicator for the Minnesota Association of Christian Schools Fine Arts Festival held annually in Plymouth, Minnesota. Currently, she is South Dakota Chair for Area 7, Handbell Musicians of America and her articles have been published in Overtones, the journal of the Handbell Musicians of America.

Monica was accredited as Full Director and Massed Conductor in the first Master Classes for Conducting and Conducting Massed Choirs. She has completed studies with Dr. Donald E. Allured, Dr. Paul Rosene, David R. Davidson and Dr. William Payn. During her tenure as the founding Artistic and Music Director of Twin Cities Bronze, Minneapolis-St. Paul, Minnesota, Monica led the ensemble to recognition as an internationally acclaimed handbell ensemble known for its professional musical artistry. In August 2017, Monica was hired as Artistic and Music Director for Bells of the Hills, a community handbell ensemble in Rapid City, South Dakota.

Monica brings her extensive training, passion, love, enthusiasm and knowledge of handbells and handchimes to every forum and venue, providing a challenging and successful experience for all its participants.

This includes all rehearsals, polo shirt, recording of the final concert, lunch on Sunday.

No application required – simply answer a few questions on the registration form.  Registration is first-come-first-served.

Space is limited so don’t delay in registering.

**Login to your member account before registering for member pricing.

The following will be performed by Reaching for Bronze ringers solo

The following will be performed with the Distinctly Bronze ringers

Handbell Musicians of America is committed to upholding the copyright laws of the United States and protecting the rights of our publishers, arrangers and composers.  If you wish to use a tablet computer to hold your music in place of standard paper copies on a music stand, you must contact the publisher of each piece of music to first obtain permission to convert a purchased piece of music to the format required for the tablet you are using.  Copies of the written permission received from publishers must be presented on request from the event organizer, event chair, or Handbell Musicians of America staff. Permission from a publisher for one piece does not imply permission for other songs from the same publisher.  The title of each song used in this format must be included in the written permission received. Attendee should also have legally purchased copies of all music with them for verification. Titles originally purchased in a digital format do not require permission from the publisher, however, please have a copy of your purchase receipt available.

No special lodging arrangements have been made for this event.  There are several hotels and bed and breakfast establishments available within easy walking distance to the New Bern Convention Center.  Follow this link for a list of options.